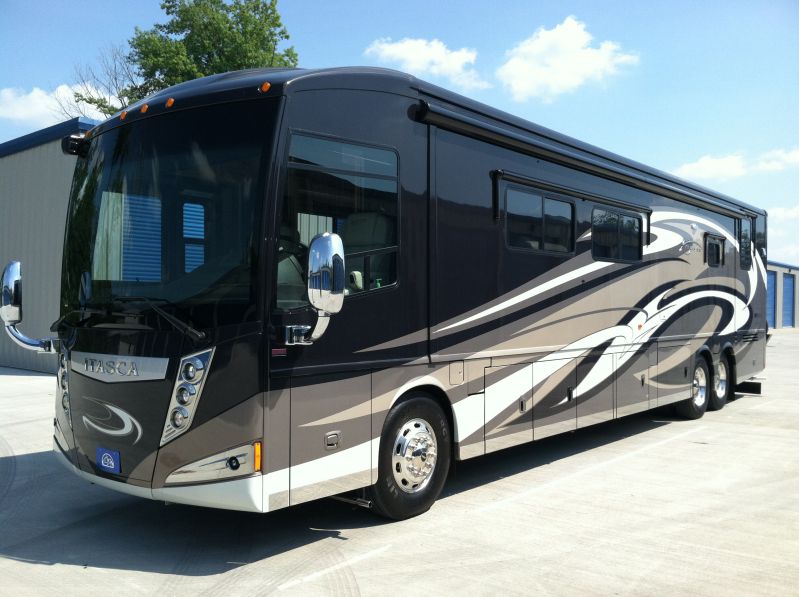 The scope of this article is to explain how we reduce our actual price per gallon at the pump itself. Of course, not covered here are the many methods for savings at the pump by reducing your vehicle’s actual fuel consumption, whether you’re driving a gasoline-powered or a diesel-powered vehicle.

We’ve all been there: watching that fuel pump readout with an ascent that often times defies comprehension. How many of you have thought, “I wonder what the limit is on this pump? $75…$100…$200?” And for those of you with larger fuel tanks, a more anxious follow-up might be, “How many times will I have to reset the pump THIS time?”

And how many of you have ever noticed two gas stations opposite each other with a 10¢ – 15¢ difference between the two. Then you notice that half the pumps at the higher station still have cars in front of them pumping away. Granted, it’s not the once in a while fill-ups like this that cost you over time. It’s the long-term habit of not paying attention that will insidiously infiltrate your bank account.

So why did we start researching to find a less expensive method to this madness? Well, we’ve always kept a maintenance and fuel log on each vehicle that we’ve owned. One year we decided to tally up all the fill-ups along with the average savings per gallon. The tally came to approximately $2,000 for that year. That’s another $2k in our account instead of theirs. We’ll take it!

Then we ventured into the world of RVing: the art of having your toilet-in-tow without blowing the whole trip’s budget on fuel stops. How could we minimize the impact of this crazy calamity of fuel consumption we call fossil-fuel-fever?

Here’s what we do for every trip: We already use gasbuddy.com on a regular basis. This is a website where you can enter a city and state, or a zip code (using google), to search fuel prices in any given area.  We generally accomplish our search the day before a trip by plugging in the locations we want. By checking key areas along our route we’re able to determine the general areas where fuel is the least expensive. That’s where we plan on making our fuel stops. Once in a while we’ll see a rogue station pop up during the drive and because of the earlier research, we’ll know if what we see is a great price. When that happens, and we have less than a half tank, we’ll pull in for a top-off.

We also installed the gas buddy phone app on our phone. This is because we usually do not write down gas station addresses before a trip but just have a knowledge of fuel prices in a given area. Then when we arrive in that general area, we touch the app icon and boom, there’s a list of stations from the closest to the farthest away with their fuel prices. Another touch and presto, we’ve got directions to that station.

One day we pulled into a Murphy’s USA station to fill up. After we complimented them on having the least expensive fuel in my planned 600 mile jaunt that day, they informed me that if we had a Walmart Gift Card or a Walmart Discover Card, we would’ve received another 3¢ or 5¢, respectively, off the pump price.  We now have a Walmart Discover Card that we use exclusively at participating Murphy USA stations (they must be associated with, as in physically next to, the local Walmart). The largest savings we’ve had was almost $70 in a single fill-up! Granted, we have a 150-gallon diesel tank. Our average  savings is closer to $30 a tank full. That’s quite a savings over the course of a year of RVing.

A further explanation of what led to that nearly $70 savings is this: we did the research as described above. One of the cities along our route of travel was Louisville, Kentucky. This particular Murphy station was a whopping 53¢ cheaper than any of the other surrounding stations. So we called to confirm (something we don’t usually do). Realize we’ve called other times and found the price reported on the internet was false. And there’s nothing worse than manipulating your rig off the interstate only to arrive at a stop that is priced well above what you thought. Anyway, while traveling on the trip, before exiting the interstate, we called again to confirm.

Just remember, a day’s travel with a stop or two at only a $10 to $20 savings more often than not pays for a night’s stay at many campgrounds.

Separately but related, we also have a Pilot/Flying J RV Plus Card that gives us 6¢ and 8¢ per gallon discount for gasoline and diesel respectively. We charge it to the card but the balance must be paid in full at the end of that billing cycle. Our personal experience has been that even after the discount, most of these stations have been higher priced than the surrounding stations (within 10 – 20 miles). Unrelated to the RV Plus Card membership, we will say that no one beats their price for DEF (Diesel Exhaust Fluid).

A note of caution here: don’t forget that during your phone call to any station checking on fuel prices to also double check their ability to handle your RV’s height. Also, a few times we’ve called to confirm both diesel price and height, we were told there’s no diesel pumps at all. Remember, these internet prices are reported by other consumers who have varying degrees of accuracy. As far as height, they often tell us they don’t know their awning height, and then we just ask if they’ve ever served any big RVs or tractor trailers. Usually they jump on that and say “Oh yeah!”

One more notable gas-savings technique: a few weeks back our motorhome was in desperate need of a washing – top, sides, and underneath. Knowing we’d be taking it to a wash facility, we did a local fuel-price search as if we were readying to leave on a trip the next day. We had a certain diesel cost-per-gallon (upper $3.60’s) in mind that if discovered, we would then take the time to drive over to that station and fill the tank. The cost we found was $3.53 at one station with all the other local stations being in the $3.70’s. We jumped on it!

Now, weeks later, as we ready to leave on an actual trip, fuel prices have shot up to $4.29/gallon in the area surrounding where the coach is stored. We had pumped 78.29 gallons on that wash-day. Compare our cost on that day to the cost of fuel on our departure day and you have a savings of just under $60.00. Planning ahead like this can seem like a chore if you’re not used to it, but like anything else in life, it eventually becomes a second-nature habit that saves lots of money over time and certainly can contribute to a better feeling of accomplishment on the trip. We can all use savings like this to reduce our fossil-fuel-fever.

We hope sharing our fuel-saving system helps you, if even just a little. And for those who already have a system (or not), please feel free to share some of your tips (or thoughts).