RV’ing is not all fun and games. It is also tank dumping, diesel filling, and well, sometimes … it is a flat tire.

IT STARTED OUT GREAT – THE BILTMORE

I was on such an RV road trip high on Saturday morning. I had no set plans – not even a campground reservation. I just knew I was heading to Asheville, North Carolina, and while there, I wanted to tour the Biltmore Estate. I had never been. Have you?? (If so, please comment below!)

Having left home bright and early, with my house completely clean and tidy (because, you know, if I die, I do not want people talking bad about me behind my back), and plenty of food and water out for Henry & Emily (our cats), I was just excited to be in the camper van with ZuZu and to get that feeling of freedom that comes when I have a road trip ahead of me.

It was not going to be a long drive (though I love long drives) – just around two hours. 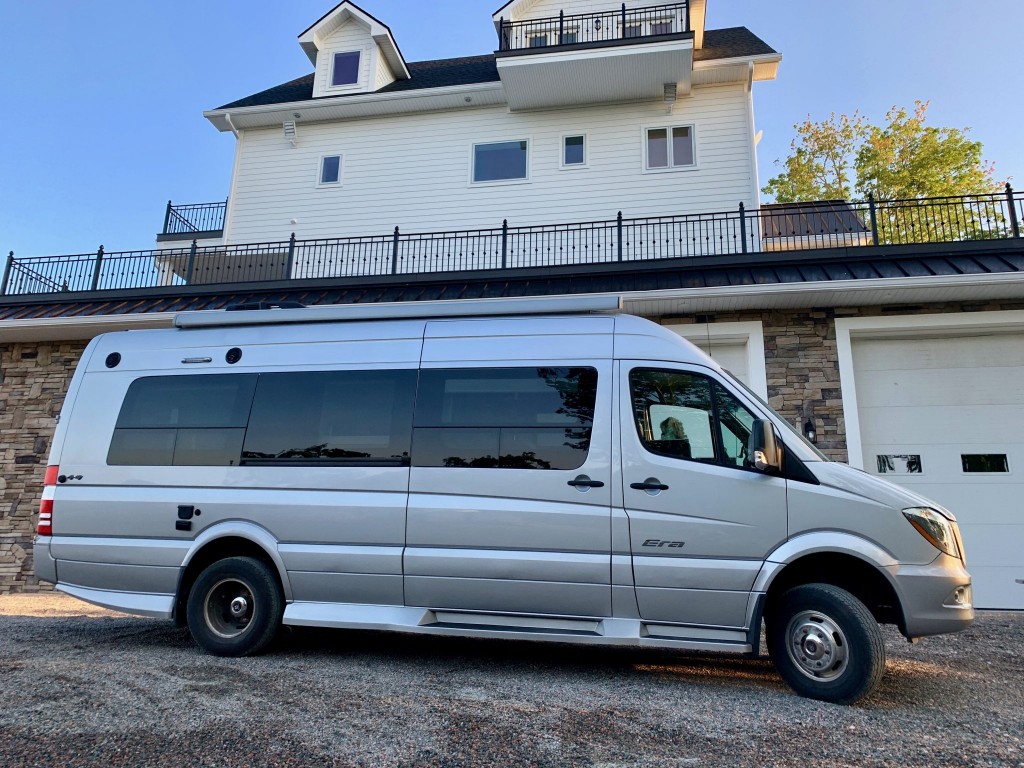 It was going to be a hot day in Asheville, but when I pulled onto the Biltmore Estate at not quite 9:30 am, it was gorgeous outside.

If you drive your RV onto the Biltmore property, there will be a turn off to your right nearly as soon as you enter. You are supposed to register there first. When I explained to her that I was driving a camper van, she said that most RVs park in Lot C. I asked if there was shade there (since ZuZu was with me), and she said I may have better luck in Lot A or B for shade, and since the van is only 24′ long, I could probably fit in the non-RV lots. But, she said, if I wanted to take my chances, I could drive past those three lots, through the gates of the house, and then veer toward the left (where there is a sign saying “RV & Bus Parking”). There I would find a gravel turnoff, completely shaded and VERY NEAR the house. But, she explained, if that area was already filled with RVs, I would have to drive all the way (because it is a one-way loop) around the complete estate (a 30 to 45-minute drive) and start the whole entrance process over.

I do not like to “take my chances.” I normally go for the sure thing. Which in this case — with my RV — would have been Lot C.

But I could hear my husband’s voice, though he was hundreds of miles away, saying: Do it! (My husband does like to take his chances. He does it all the time! Too much so for my nerves.) But on this occasion, I decided the odds were in my favor since I had arrived so early.

And lo, and behold, there under the shade of many trees, was the gravel RV turn off with zero vehicles there! Hallelujah! 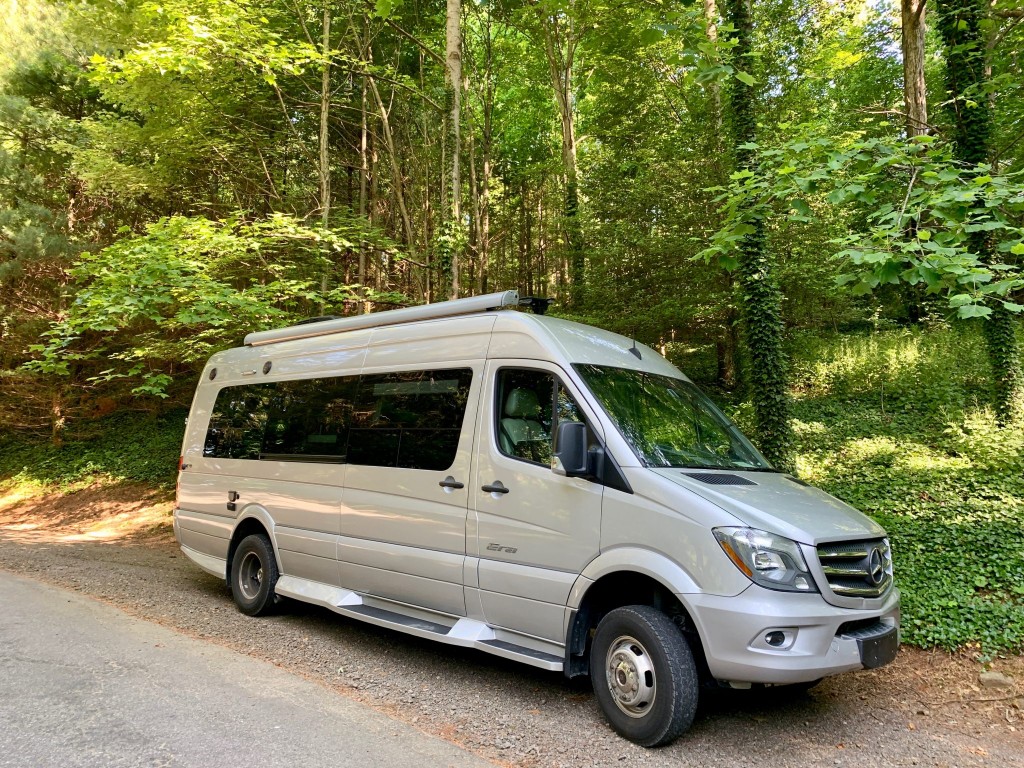 The perfect parking spot at Biltmore!

I opened the windows and turned on the fans for ZuZu, then took the short walk (just a few minutes) to the castle. It may not technically be a castle, but it sure looks like one to me. As Jed Clampett would say: Whee doggies. I mean, get a load of this place! 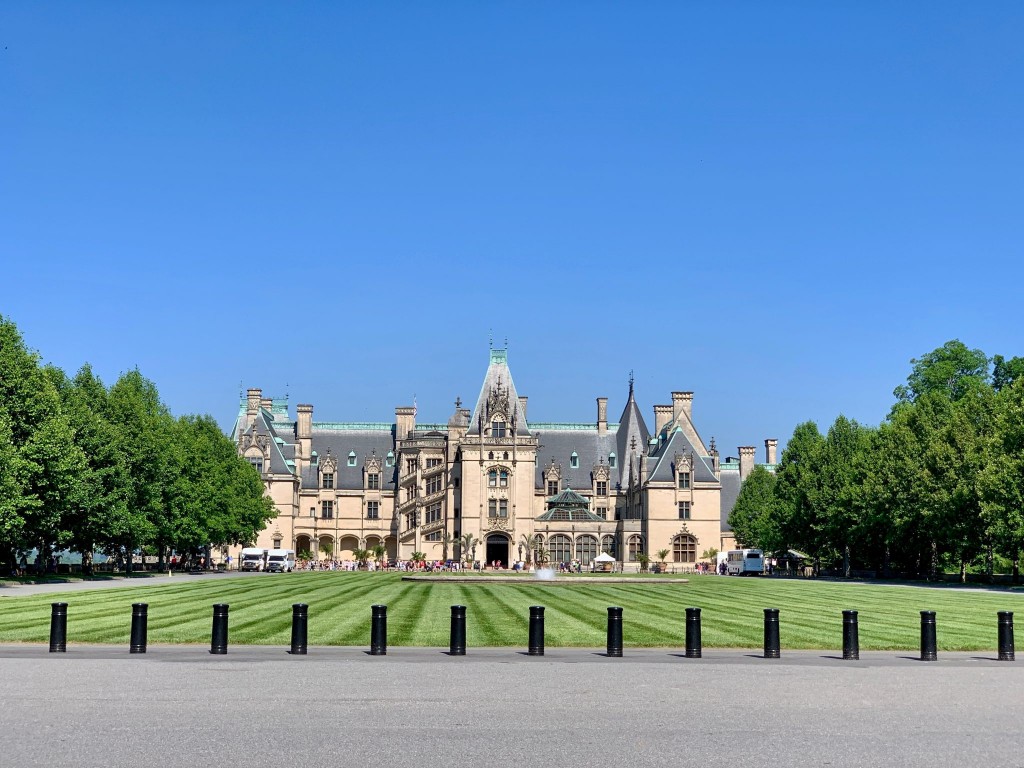 How would you even begin to clean a house like this?

Did I mention this was Memorial Day weekend? Yep. No campground reservations on Memorial Day Weekend. Nice job, Susan.

But here’s the thing. All week I was stuck at my house because the carpenter was working there. So I knew I only had the freedom to roam over the weekend. What I did not know, because I no longer work in corporate America where you literally circle holidays on your calendar and add big smiley faces and hearts to the date, was that it was Memorial Day weekend until Friday morning when I thought: I need to decide where I am going this weekend. That is when I started researching campgrounds and saw it was a holiday weekend.

Ever the optimist, I figured that since I would be in the van, I could surely squeeze in somewhere. It may not be the best RV park (and it wasn’t), but I bet someplace would have an opening for little ol’ me. And if not, I could always drive back home in the late evening. I was only two hours from home, after all.

While waiting for my House Tour to begin, I called a couple of highly-rated campgrounds. No openings. Of course.

Then I called a campground very near the Biltmore — Bear Creek — which was not so highly rated. They had an opening, and I gratefully scooped it up. 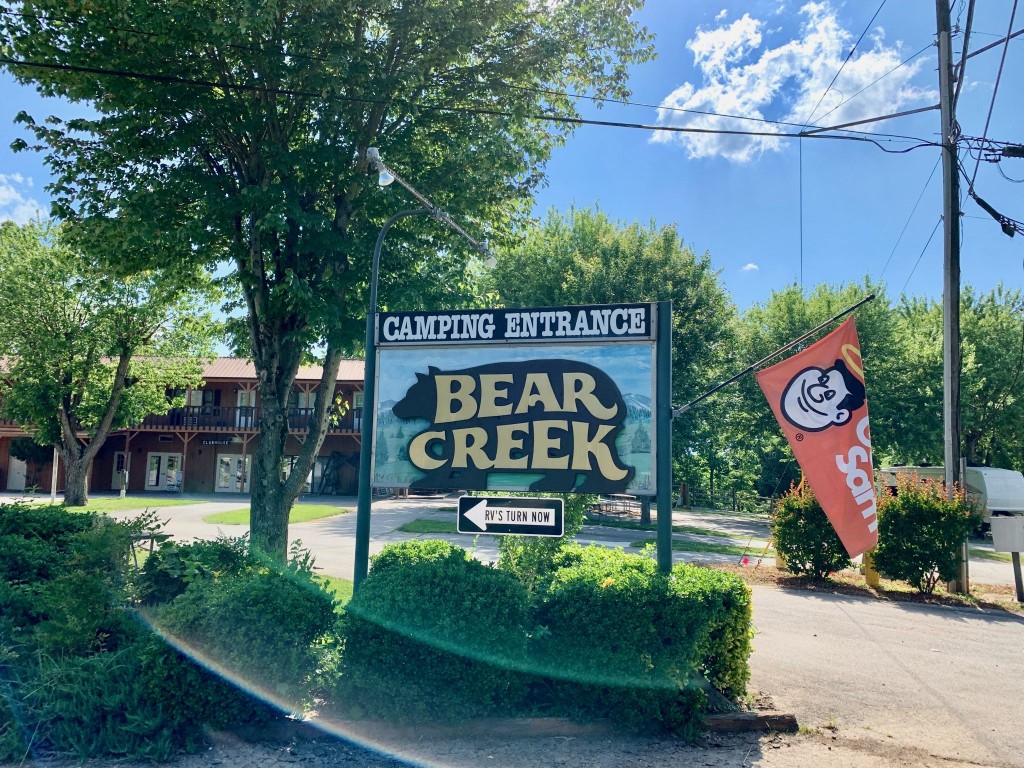 FROM BAD TO WORSE

I rolled into Bear Creek’s somewhat confusing entrance, drove up to the check-in office, set the vehicle in park, exited the driver’s side door, and promptly heard a loud hiss coming from the van. Coming from where? Where? Oh. Here? RATS!!

The inside dually’s valve stem extension was slashed open and the tire was now flat. Not that I could actually see that it was flat (like you can with a car tire), but I knew the air had been expelled — because I heard it(!). 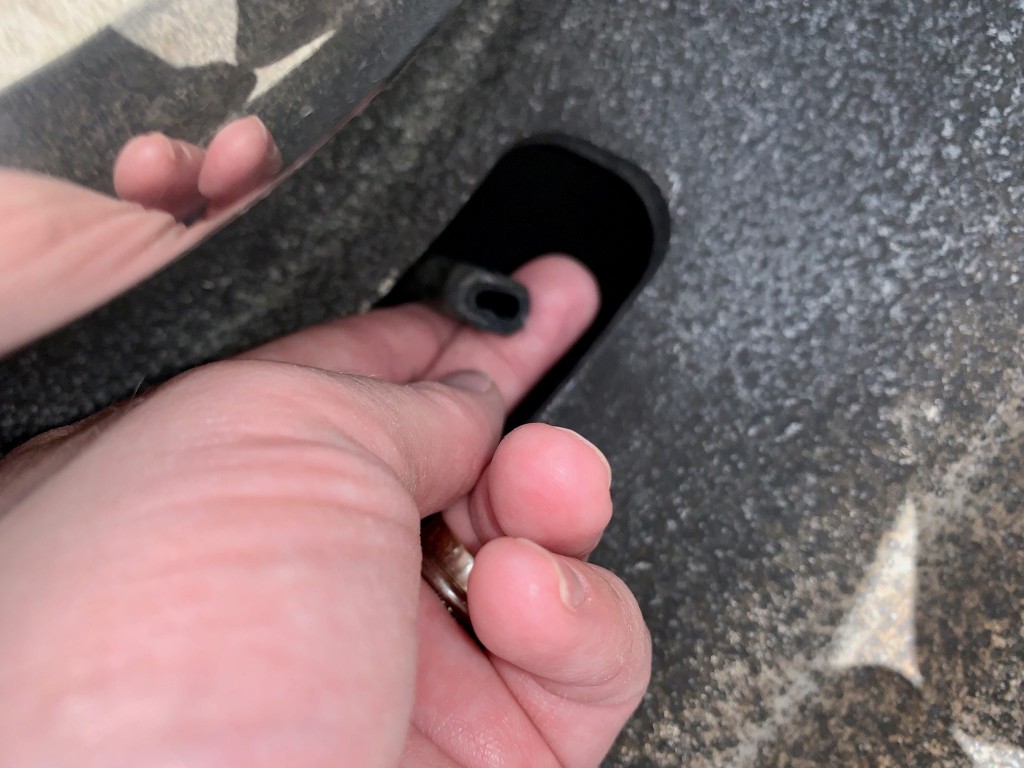 With this newfound realization, I checked-in, drove to my site, and called Good Sam Roadside Assistance. Thankfully, I wasn’t actually roadside, because, as it turned out, no one came to fix it until the next morning.

Yep. I was livid.

Here is how that went down:

I may not have been my best self on that call.

Finally, after another 100 minutes had passed, some guy arrived in what looked like his personal pickup truck and said he could not fix my tire. Whaaaat???

He said this was a “mid-level repair,” since the valve stem extension would need to be removed. Apparently, he only came prepared to put air in a tire, not to get his hands dirty.

I did what I did not want to do. – I called my husband and explained what had happened. He then called Good Sam and gave them heck about the poor level of service they had provided so far. He explained exactly what needed to be done to fix the tire, and tried to insist on someone getting there before I fell asleep. He was told that someone could be there by 10 pm. Nooooo. I had been up since before 5 am. And I am not a night person, which of course Bill knows. So he told them to have someone out there first thing the next morning – at 8 am.

A rep from Tiny’s Roadside Service arrived at 8:45 am, and in the span of 45 minutes, removed the torn valve stem extension and filled the tire with air. 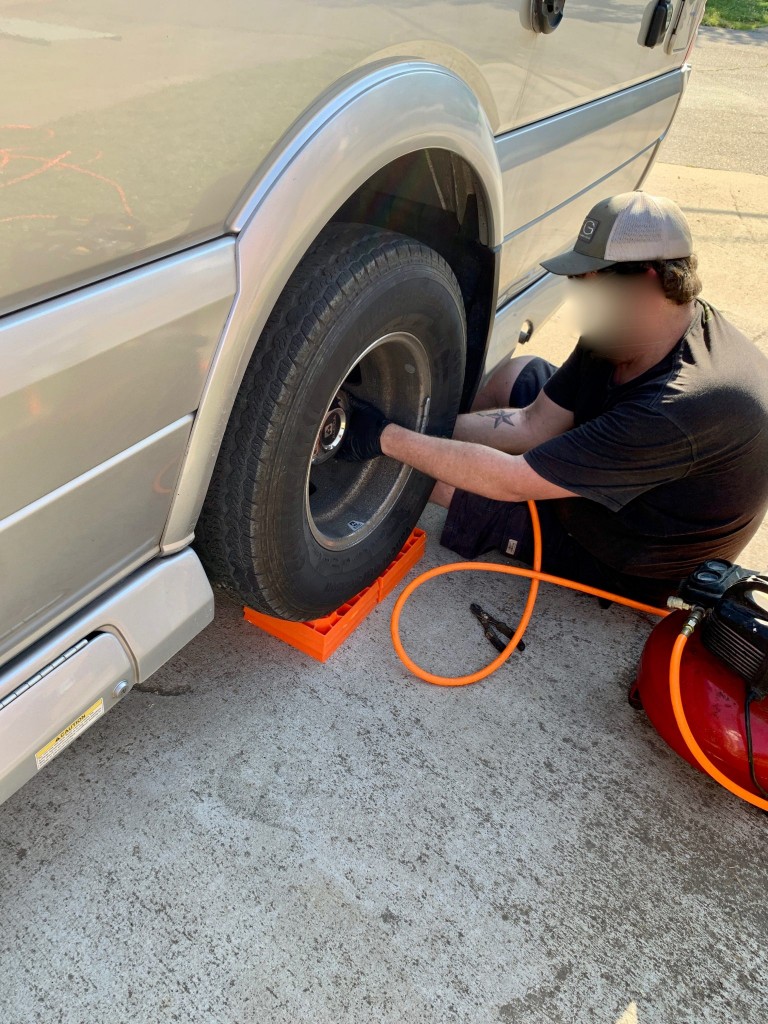 And with that tire fill, I was out of there! I had lost way too much time stuck at Bear Creek, which is more of a parking lot than a campground (full park review forthcoming) — though it is a convenient location. All I wanted to do was get out of that depressing environment and back into Asheville.

And that is exactly what I did. I thoroughly enjoyed the rest of the trip!

(On a side note: I ended up getting the annual pass for the Biltmore. Since it is relatively close to where I live, and I knew I wanted to come back here with Bill and on my own at times, even if just to read in the gardens and bike the trails, it ended up making financial sense. At least in my mind! ? So don’t be surprised if you see more of Asheville and the Biltmore.)

TIME TO ADJUST MY ATTITUDE

Again, I have a lot to be thankful for given the situation. For one, I was not on the expressway when the flat tire occurred. Instead, I was at a campground, in the comfort of the van, with the AC running. Unfortunately, I had no food with me. (I know better! That is a rookie mistake!) My original plan was to check-in at Bear Creek and then head into town to tour around and get some food before returning back to the park in the evening. So I had to order-in Papa John’s…and that was my lunch, dinner, and breakfast. Sounds really healthy, eh?

I will surely look back on all this with a laugh, or at least a calm sigh. But right now, I am still pretty disappointed with Good Sam Roadside Assistance and should probably research the other options out there.

To you RVers, what roadside service do you use? Please share in the comments!

Oh, and to make this somewhat dreary blog more fun, here are some more pics of the gorgeous, though a bit too grand for my taste, Biltmore… ? 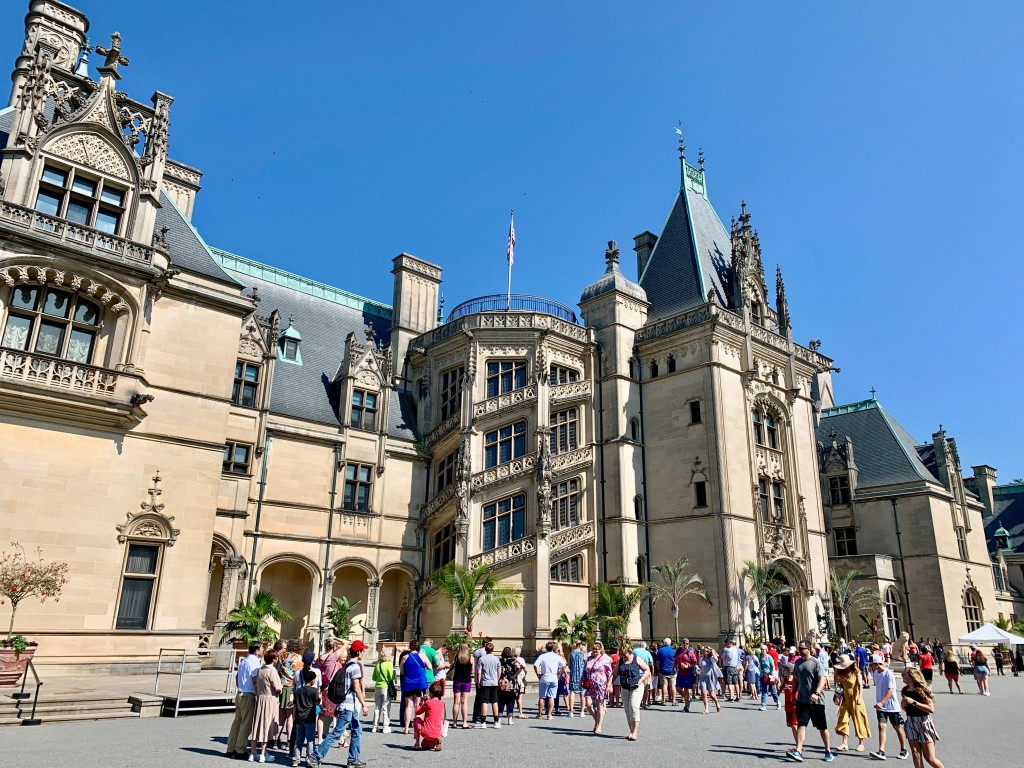 So many people there! Very people-y! ??? 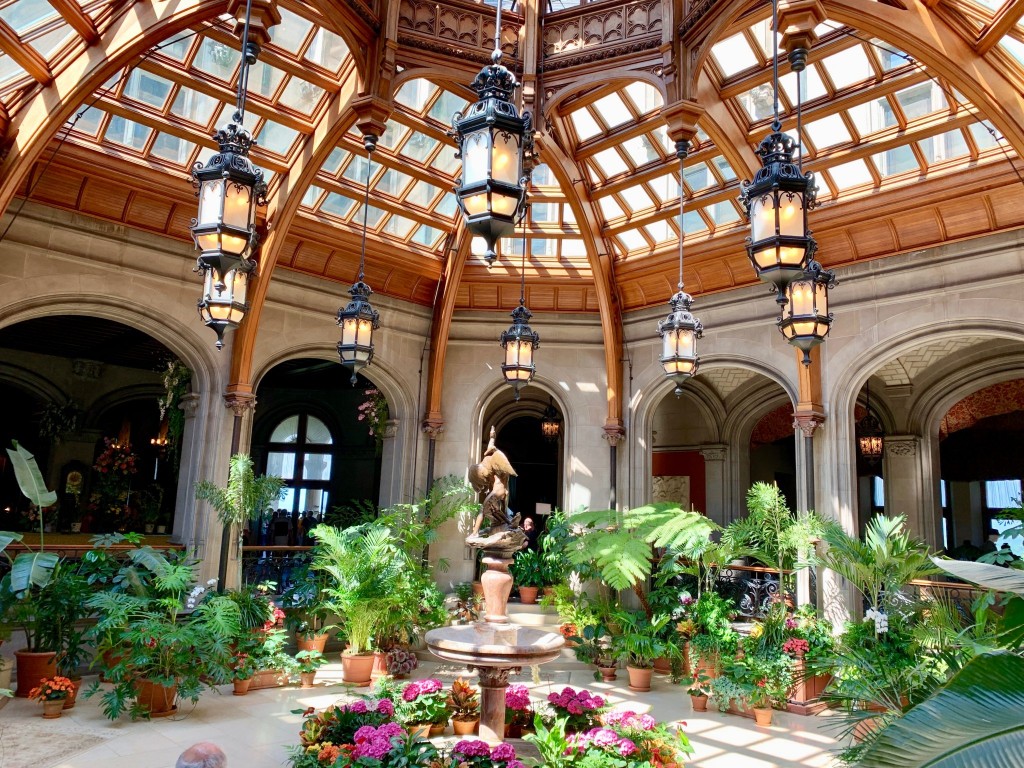 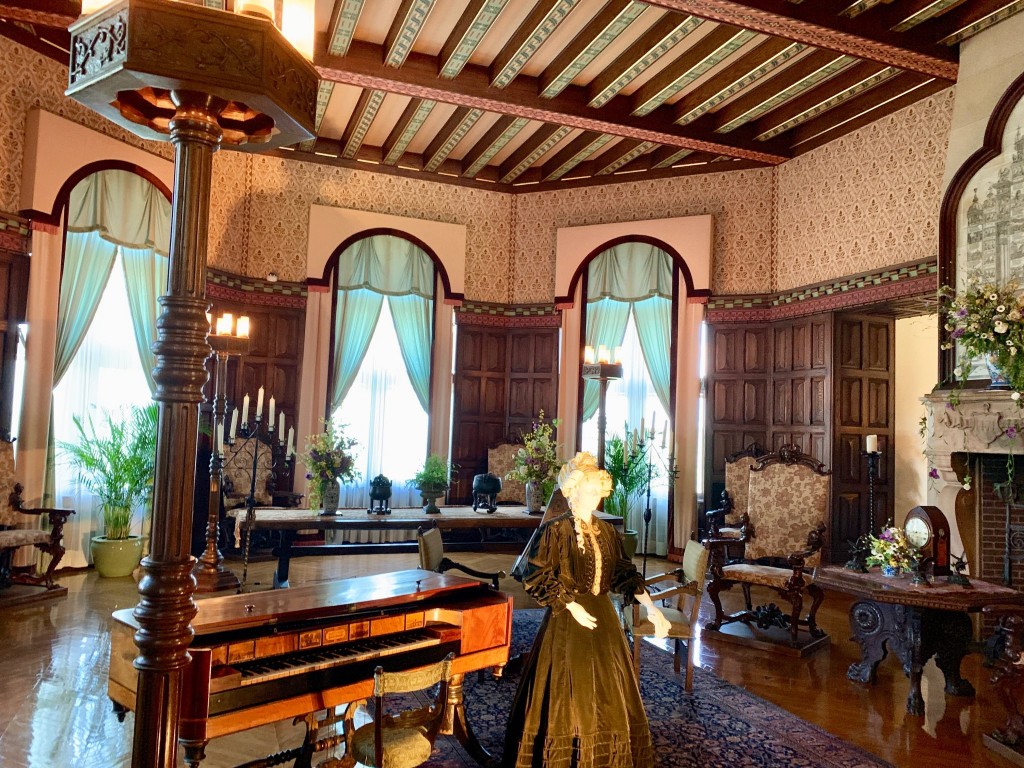 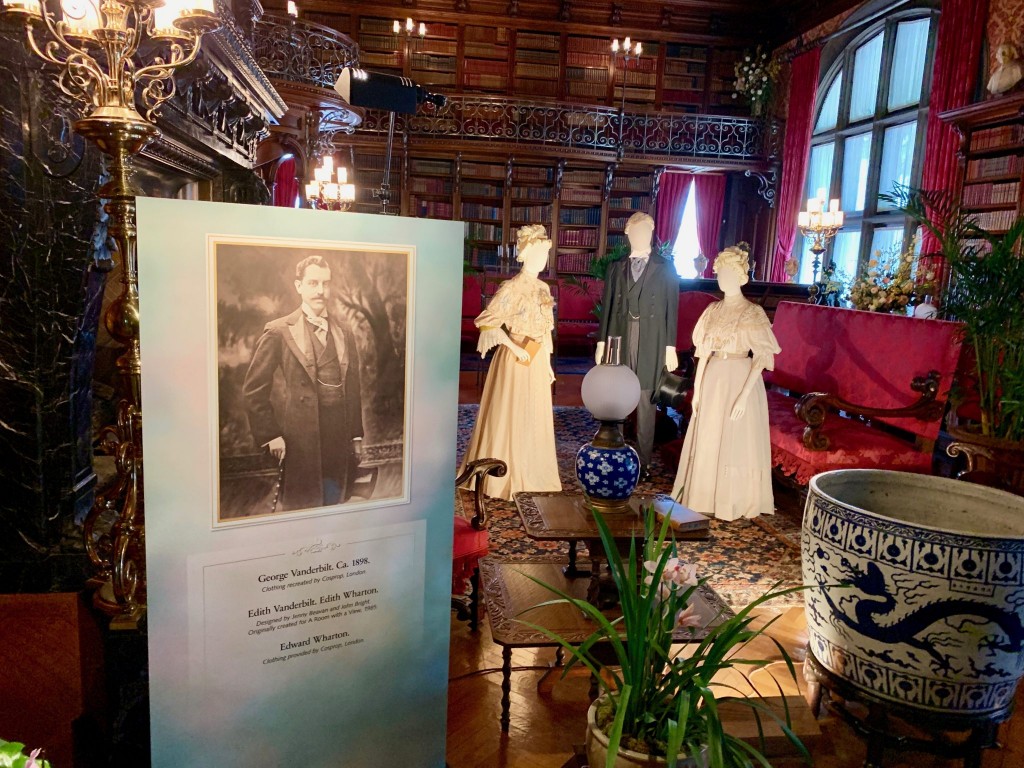 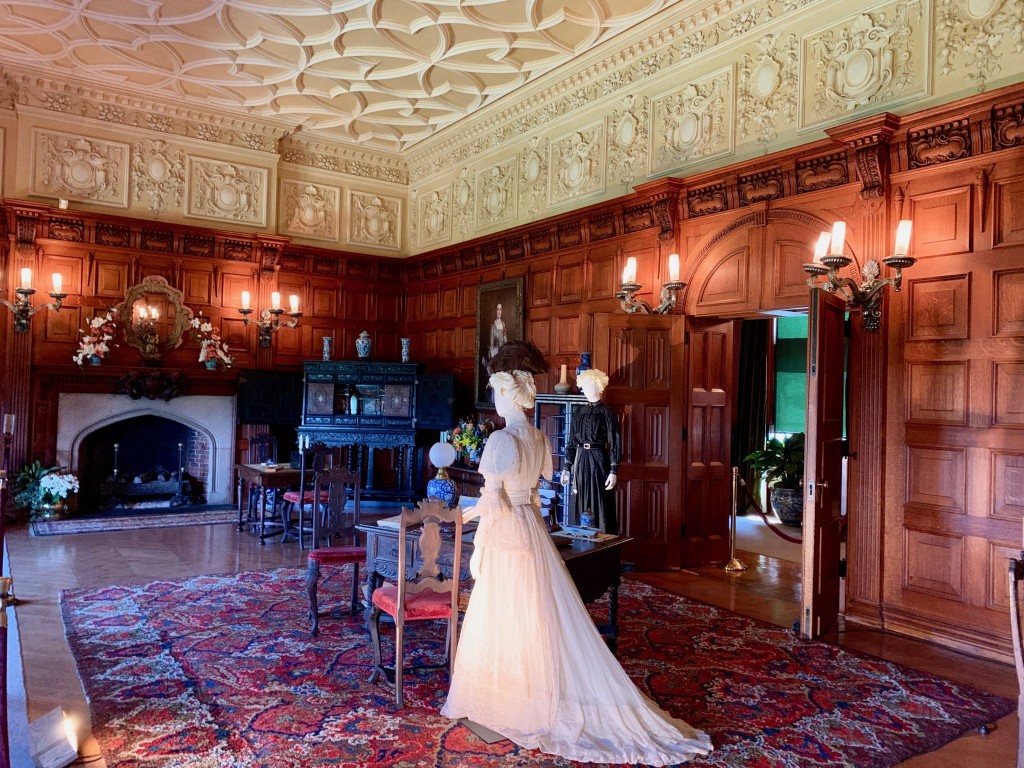 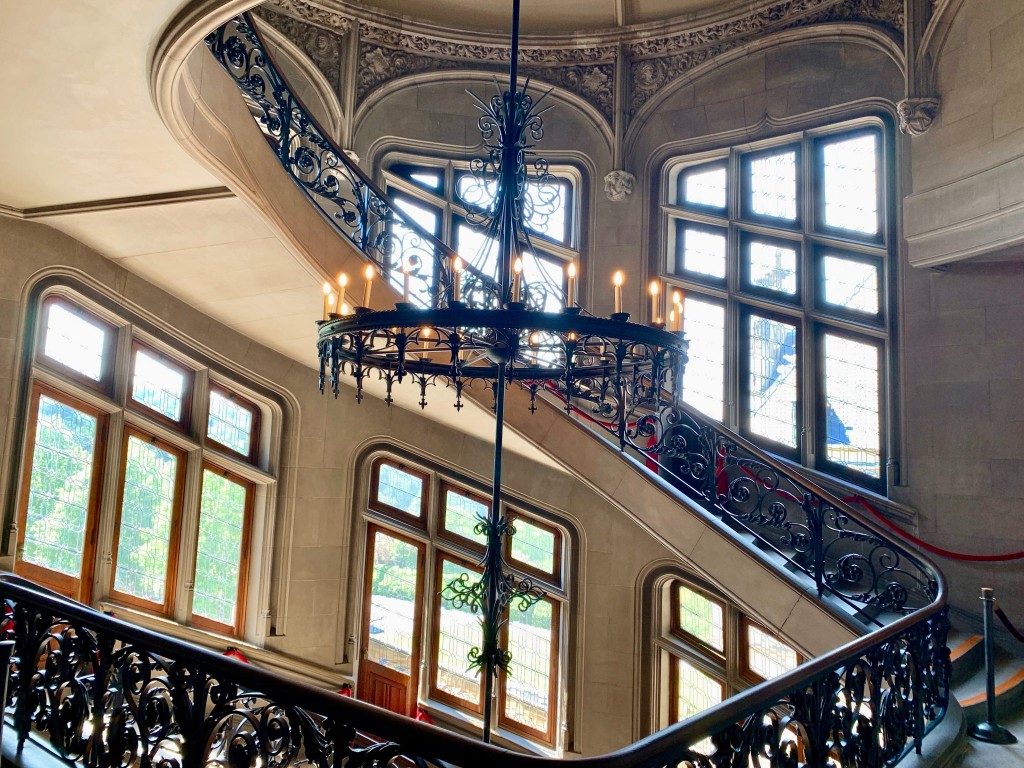 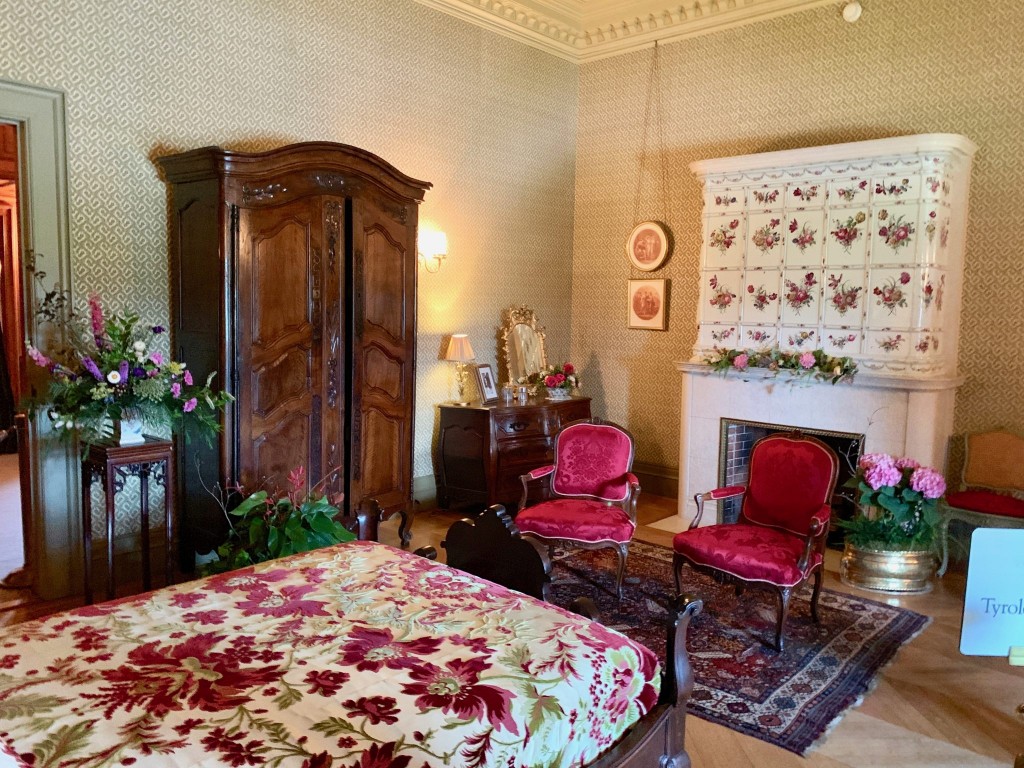 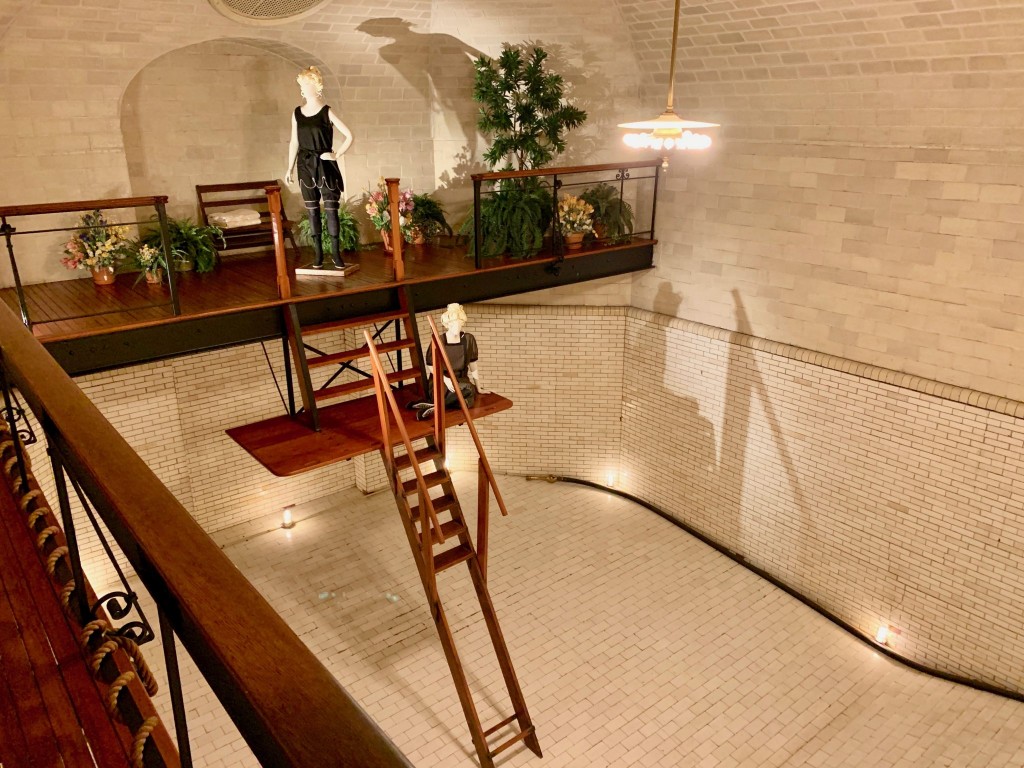 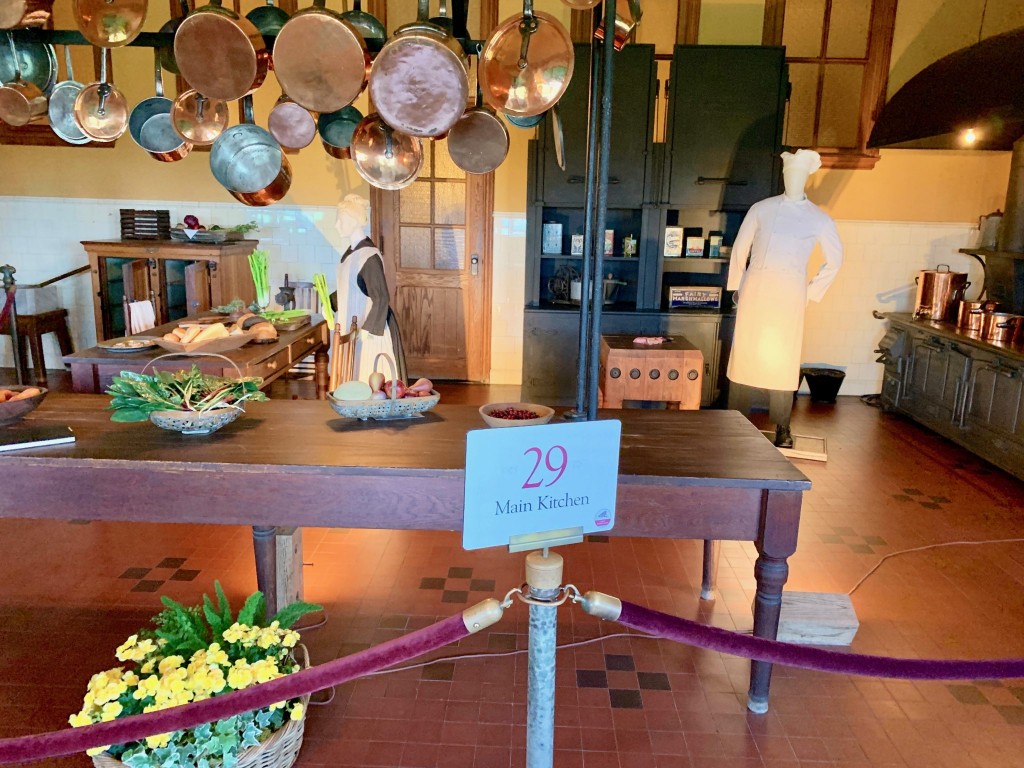