Hers Is His Too (I Suppose) 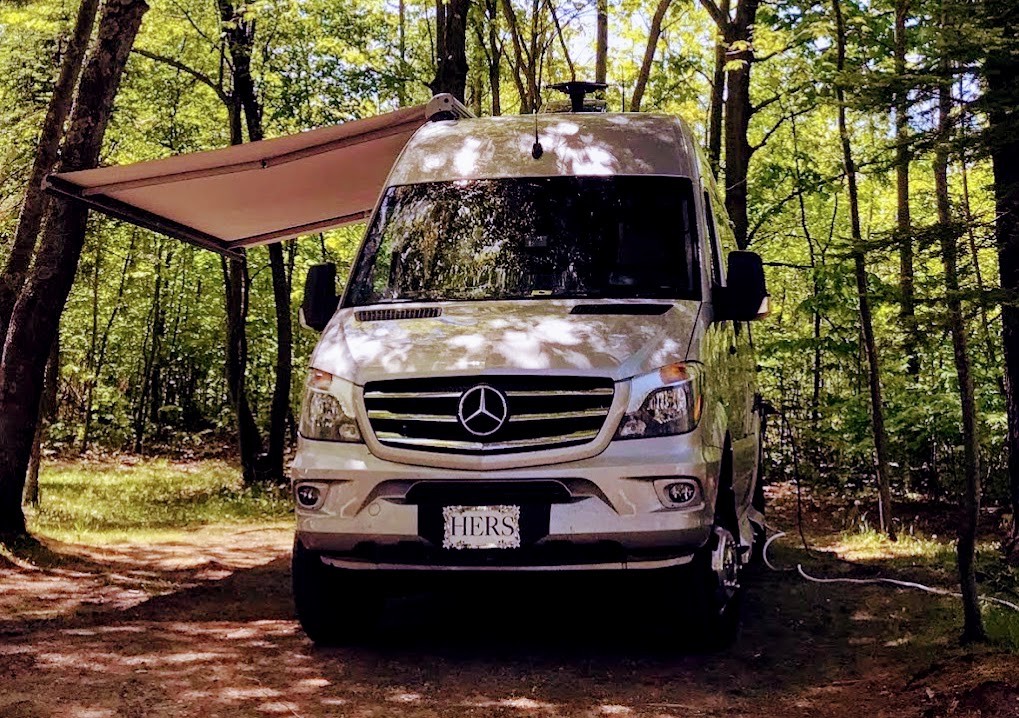 He has Hers. That is to say, Bill has taken what heretofore has been considered my camper van on a trip of his own. — And I am trying to work through my feelings about this. (After all, she is called “Hers” for a reason.)

A week or so ago, Bill sweetly asked if he might take Hers out on a trip while I was busy with other things. Considering he paid for “Hers,” I suppose, if you want to be all technical about it, Hers is his too.

Due to some obligations, I knew I would not be heading out on any trips in Hers for a couple of weeks. So when Bill proposed he take Hers, I said, “Sure!”

Do I like to have Hers near me at all times? Yes. Have I suffered from Hers-withdrawal this past week? Yes. Do I worry that Bill might not tend to Hers the way I do? Of course!

We full-time in our motor coach – our Itasca Ellipse. And the motor coach is definitely ours. While I stock and tend to most (though, of course, not all) of the interior cabinets, the entire basement (which in the Ellipse is a lot of space), is all his.

When we got the camper van — a 2017 Winnebago Era 70A — it was so I could RV venture, while Bill was traveling for work, in a more conveniently-sized RV, rather than trying to navigate the highways and byways on my own in a 42’ motor coach.

Consequently, I have taken “emotional ownership” of Hers, since it usually houses just me and puppy RV Venturer, ZuZu.

I feel like I have been single-parenting Hers; I am the one who has “figured” Hers out. I am the one who has tested and mastered (well, almost) her switches, buttons, and systems. (Though, admittedly, it was Bill, in all his handy-man awesomeness, who did some sort of wiring wizardry to fix the broken hot water heater.)

Yesterday, Bill texted me these pictures of him and Hers, and seeing them together actually brought a big smile to my face. 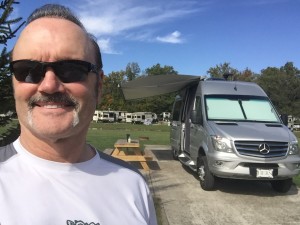 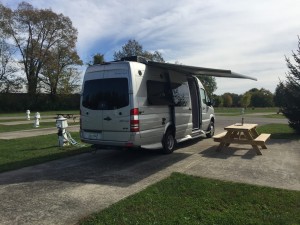 She will always be “Hers,” but as long as he vows to take good care of her, Bill can have Hers anytime he likes.

(And by “anytime he likes,” I mean anytime that I don’t already have plans for Hers. And I am emotionally up for the separation from Hers. And it’s a month that ends in a “y”… Well, you get the picture.) 😉