#RoadRoads – Kicking Off with an Epic Re-Read 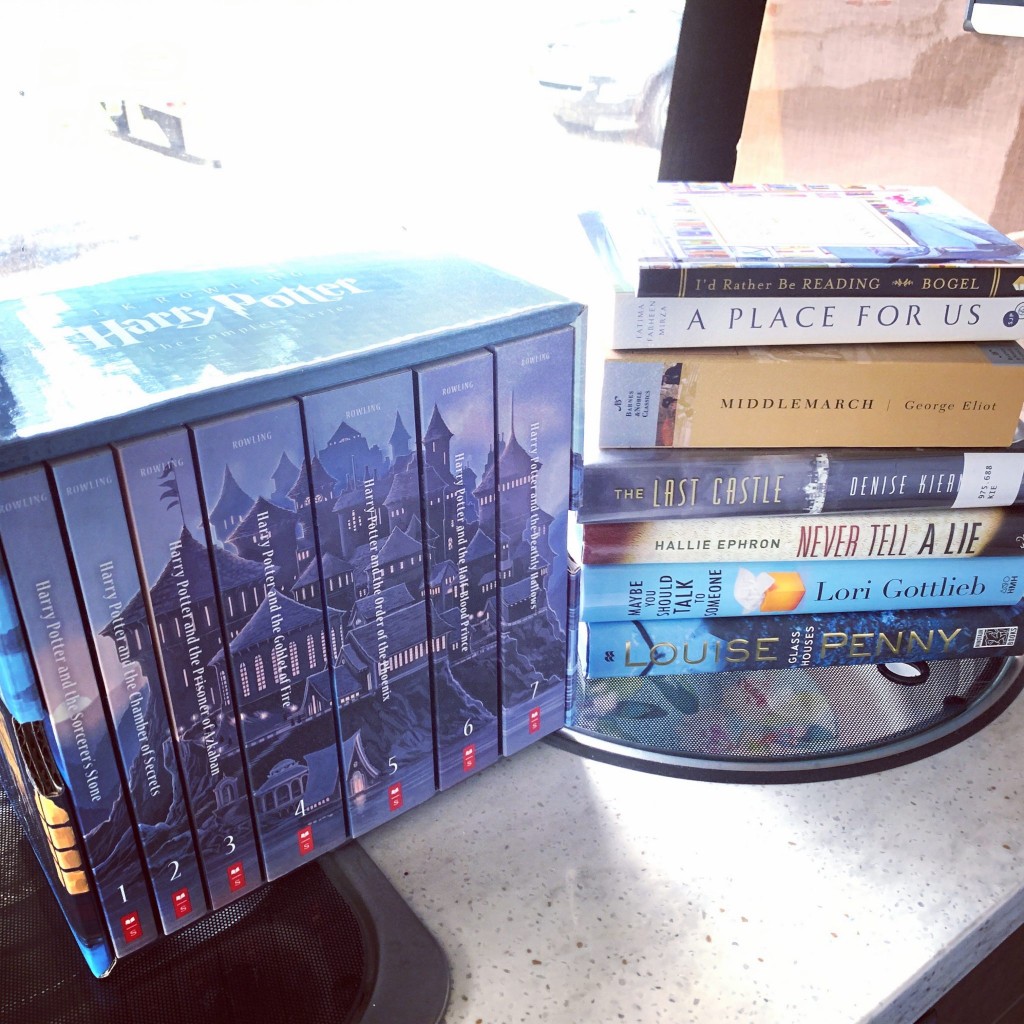 Is there any larger literary phenomena than the Harry Potter series? If there is, I honestly don’t know what it’d be.

Sure, there’s Shakespeare. But I don’t see a lot of folks knocking down that door. And of course, God had a huge hit with The Bible.

Twilight. The Hunger Games. Lord of the Rings. Game of Thrones. They were big (BIG!). But they weren’t Harry Potter. Right?

Let’s begin with a bit of background:

The year was 2000. Having no children of my own, and being oblivious to pop culture since I was two, I had no idea (NO. IDEA.) that children and adults alike had been going bookishly mad over this brave boy named Harry Potter, his friends Hermione and Ron, and their magical world of wizards and spells and quidditch and muggles.

As I was saying…

I went to Barnes & Noble that night and was shocked. Shocked! What were all these kids doing there with capes, round glasses, and lightning-shaped marks on their foreheads?

Like an idiot, I asked someone. She laughed. (At me, not with me.)

Not wanting to continue in my own ignorance, but feeling a bit silly since I was an adult, I bought the first book of the series that night: Harry Potter and the Sorcerer’s Stone. Within two weeks, I obtained and read the next 3 books, eagerly anticipating each new release, until our collective hearts were torn asunder in 2007, when the final book was published.

I had become a Harry Potter devotee, and nothing could have surprised me more.

But, alas. Here I am, all these years later, having never re-read these books. And that, my bookish friends, comes to an end now.

I hereby proclaim the remaining months of 2019 as the months I stop being so muggle-y and return to the magic that is J.K. Rowling’s Harry Potter. I could read the entire series in a week. Two weeks max, if I stopped for meals and to shave my legs. But this time I want to savor them. So I’m going to space these 7 books out as summer ends, fall begins, and winter sets in.

I’ll start with the last book in the series and read backward. Hahahahaha. Just kidding! That’d be weird.

Instead, I’ll start at my favorite of all places, the beginning, and would love if you read along. Or, tell me about what you are reading!